The Effect of Coronavirus on the Price of Electronics and Repairs 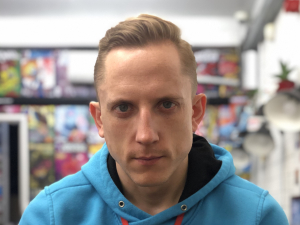 One of the most unexpected trends in the last few weeks since the world went into lockdown because of the coronavirus has been a steep rise in the price of second-hand gaming consoles.

With the current situation, we’d expect a rise in demand for necessities like food and so forth. But the sharp increase in prices for second-hand game consoles was something that we didn’t foresee.

On sites like eBay and gumtree, pre the lockdown, there were usually 20–40 listings for the Nintendo Switch — a popular, portable games console. The second-hand prices for the Special Edition used to be in the £199 range. A couple of weeks ago we suddenly saw prices in the £1200 range. Even now on eBay, the average cost is in the £600 range. One of the biggest UK game stores — GameUK — has the Switch available for £525 — more than double the price from a few weeks ago.

So what’s going on?

First, production has dropped in the last two months because of China being in lockdown. This fall is so severe that Japan is now two months behind meeting their demand, while online retailers like Amazon are out of stock. The simple impact of this is that people are flocking to the second-hand market.

Second, there has been a massive increase in demand. People are being forced to stay home and as a result, are looking for ways to entertain themselves.

Game sales are also up, both as digital downloads and physical copies. In the UK, between the 16th and the 22nd of March & 22nd, there was a jump of 63% in video game sales while physical game sales have increased 220% week on week. While some of this is because of a few high-profile game releases — Animal Crossing, Doom Eternal and Resident Evil 3, even factoring those out the increase is still 83%.

This trend is not just occurring in the UK — in France, for example, digital downloading has increased by 180%

The current situation means that a lot of new releases have been put on hold — which is ironic given that demand for games and game consoles is higher than ever before.

The Playstation 5 and next Xbox were supposed to be coming out at the end of the year to tie in with the Christmas market, but those releases are now very uncertain. In other news, Facebook is struggling to meet the sudden surge in demand for Occulus Rift Quest. VR is a niche product, but even here we see a spike in the market.

Overall, the demand for games and gaming is seeing a massive surge right now — at the same time that the capacity to produce new games and consoles is at an all-time low.

What does this mean for the electronics repair industry?

The unfortunate reality of these price rises and the increase in demand is that repairing electronic equipment — especially the repair of games consoles — is likely to rise in price. As the price of sourcing components to repair laptops, computers and games console increases, the actual cost of the repairs will increase.

It’s not all bad news, however.

Here at TFix.co.uk, we don’t see much of an increase in prices for things like audio equipment. Where repairs don’t involve replacing components but fixing the ones already present, there isn’t likely to be many fluctuations.

What about the future?

As with everything in these uncertain times, it is almost impossible to predict what will happen next. It seems likely that the demand for electronics will increase, and this isn’t just in the entertainment area. Samsung Electronics, for example, has reported that it expects a profit rise based on demand because of an increase in demand for memory chips for data servers and laptops.

But with the production of new games and consoles being pushed back by weeks or even months, now is an excellent time to be taking extra care of your electronics and revisiting some classic games.

Or you could dig into your pile of old electronics and see if there is anything that can be repaired. The low price of doing so might surprise you!

Stay in the know

Get news from the best electronic repair company in the world.